Diary Of A Warrior

Taking Stigma Out Of Mental Health

A very wise professor quoted Aristotle on my first day of law school: “The law is without passion”. Wait, that was Legally Blonde’s memoir to her degree.

Let’s try again, this year was like Elreze Lessing’s food, it has something of everything in it and there are always unpredicted repercussions. This year’s dish served a lot of learning, writing, sweating, designing and tears in it. It also taught me valuable lessons, like people aren’t always what they seem. Sometimes the people closest to you can be really nasty underneath and sometimes people can surprise you about how much they care.

I spent my favourite moments in an office with cat pictures, framed newspapers, an unbelievably stylish woman frantically typing on her computer, and a doctorates degree in the corner. I was fortunate enough to also spend most of my time there.

Back to the great people, or should I rather call them by their real names, the lecturers. The absolute best of the best, it’s sort of like being trained by the Justice League or X-men. Yes, they taught us to use our powers, people! (I’m so happy I could finally use that analogy).

But they didn’t only teach us how to be an ethical journalist. Our senseis also taught us to be better people. It’s sort of like Superman isn’t only a superhero when facing villains, he’s also fighting evil when he’s Clark Kent, the reporter.

This year was tough; personally as well as academically, but those two hard ships created a passion. The Diary Of A Warrior was created and for that I am thankful, it’s like two loves finally united, and definitely better than Twilight. And through it, hopefully, I can do some good, like my senseis did. Empathy is key; they taught me, not only through media ethics, press codes and the BCCSA; but through the way they treated me and my classmates. We were so few and yet they always listened and did their best to prepare us for the future as crime fighting journos.

One thought on “A Memoir To My Honours Degree”

Look it up, man 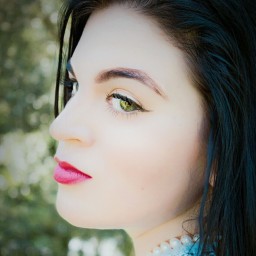